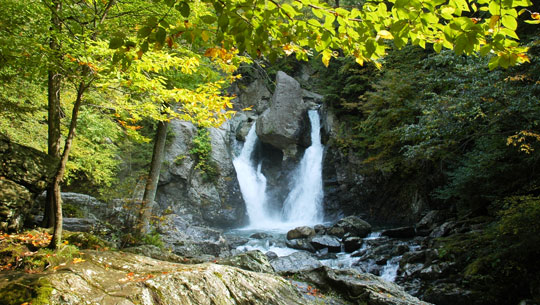 The Suchá Belá Gully is the most famous, most beautiful and at the same time the most romantic gorge within the aptly named Slovak Paradise. It’s accessible through a series of ladders, bridges and risers.

The hike begins in Podlesok, where we go through a blooming meadow towards the beginning of the Suchá Belá gully to the first waterfalls of the gorge named the Michael’s Waterfalls. This place is also the starting point for the more difficult hike up through the gorge.

The track continues with the help of the aforementioned ladders and risers through the narrowest part of the gorge, located underneath the Window Waterfall. After climbing through the rocky window we’ll reach Channel waterfall, famous because its stages are divided with a massive erosion pot where the water brutally spins. The last few ladders and risers continue until we reach the maintained spring of the Suchá Belá gorge. After a short refreshment with crystal clear water we continue down a concrete road until we reach a tourist shelter with seats on the highest point of our hike: Sucha Belá - Vrch (959 m). After a little rest and a refreshment the track down to Podlesok awaits. This is usually via a groomed forest road with multitude of interesting views of the High and Belanské Tatra Mountains and of the Spiš countryside. Our track down will take us to Kláštorisko. This location is interesting because of the ruins of an old curtisian monastery and a local sundial clock. The final part of our tour will take us through a mild decline from Kláštorisko to Podlesok.

The most suitable shoes are gumboots or at least a heightened hiking boots due to the risk of higher water levels during the trek through the gully. You can make the trek in sneakers however it is not the most ideal footwear for this terrain. 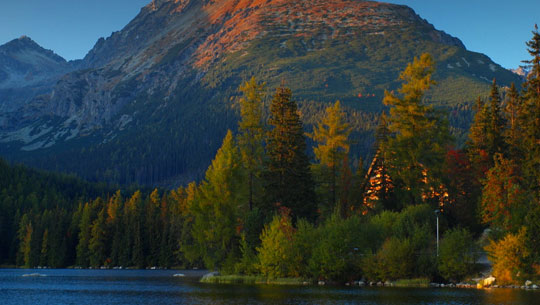 The price includes: transport, a guide and a welcome drink of “Frndžalica“.

Description of the trip

The trip begins outside the Riverside hotel, from where we will go to the high mountainous lake Štrbské pleso.

It is a moraine-dammed lake, formed by a retreating glacier. It is beautifully lit during the evening hours, creating a multicolored atmosphere and unforgettable experiences.

A visit to a pretty “Koliba” (traditional house) where you can choose from a multitude of Slovak specialities (sheep cheese dumplings, pirohy) and a taste of true slovak “Frndžalica” (burning drink) is a curious part of the evening walk.

Its name is taken from a little village Štrba. Štrbské pleso is the most beautiful and the second largest natural lake on the slovak side of the High Tatras situated 1346 meters above sea level. It covers 19.76 ha in area, the depth is 26 meters in some parts and it is fully frozen 155 days a year. Štrbské pleso was a lot smaller in the past and its water level was 6 meters less than currently. Because there are no visible inflows or outflows, there is the possibility that the water level rose around 1642 when there was supposed to be a very strong earthquake in the High Tatras which probably caused blocking of the seepage and during the next few years to at most a few decades, the water level rose to its current state. An interesting fact about Štrbské pleso is that it lies almost on the water divide of the Baltic and Black seas. Scientists anticipate that the water from the lake outflows to both of these seas. Pleso was being artificially filled with fish until the end of the 19th century and during winter ice was being broken on it for cooling plant purposes, as the ice was unbelievably clear and was very sought after. It was exported into Budapest, Berlin and Vienna.

Another interesting fact of Štrbské pleso is an individual endemic appearance of the Sih Maréna species of fish.

It is most likely the last place on earth where this fish can be found in its genetically pure form. 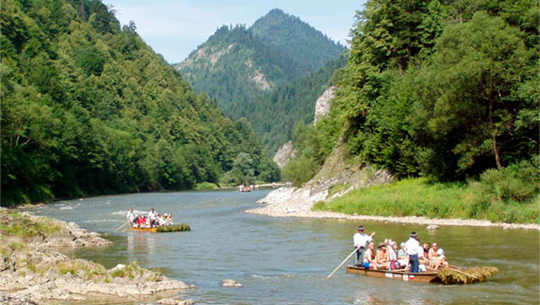 Sluice Down of DUNAJEC River

From Hotel RiverSide we drive you to amazing place called Red Monastery (Červený Kláštor), where is departure station for sluice down on wooden raft. Certified People whom we called ,,PLTIARI´´ will take care of your safety, excitement and information of all sluice down for approx. 1,5 hour. At the end of the sluice down you will find a nice quite place for refreshments, various sporting activities and relax. The tour will finished with safe return to the Hotel. 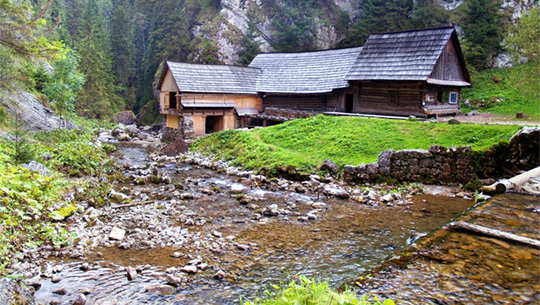 Price include transport on place, guide and traditional Slovakian snack (approx. for 3 EURO/ per person)..

Come to Meet a Beauty of Kvačiany Valley

This beautiful valley has got possessive name “The most beautiful valley of Slovakia”. It is full of the unique natural phenomenon; one of them is Jánošik head which “cries” during rainy days. At the place named Kobyliny is an excellent view to the Valley of Kvačianka River. The next view point with another excellent view is located at Little Roháč from where you can see the upper part of the valley and big rocky needle. At the upper end of the valley are placed the water mill with appearance as from the story tale and all that being amplified by nearby located Ráztocký waterfall, where we can take a nice peaceful rest in the extremely amazing environment. 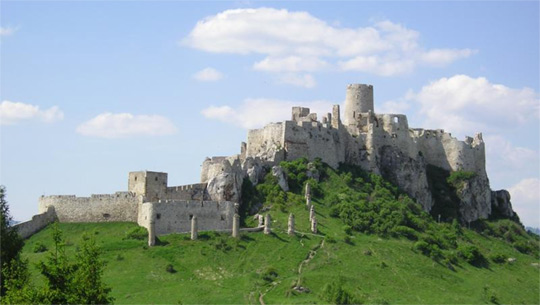 Price include transport on place, guide and traditional Slovakian snack (approx. for 5 EURO/ per person)..

From Riverside to UNESCO World Heritage

In the year 1993 was Spis Castle and historical monuments around listed as UNESCO World Heritage. Into this group of monuments are considered besides Spis Castle also The Holly Spirit Church in Žehra, Spišská Kapitula (Spis Chapter House) with Spišským Podhradím (Spis Extramural Settlement) and the protected travertine areas Dreveník and Sivá Brada (Grey Beard). In 2009 was at the list of World Heritage extended with the medieval city Levoča and the work of art from medieval wood carver Master Pavol. The official name of the entire site is now Levoča, Spišský hrad and surroundings’monuments.